The Big Sleep by Raymond Chandler 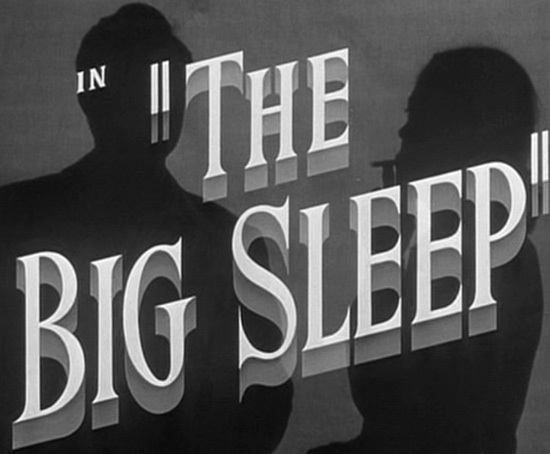 Here I am, halfway through the Fifty Books Project. I rule over all of your asses. Consider yourself pwned.

Raymond Chandler's The Big Sleep is pretty much the prototype for hard-boiled detective fiction, taking elements from earlier crime and detective novels and combining them into a genre that seems as common as whitebread to us today. As a result, this, his most famous novel, can seem a bit uninspired at times; if an author wrote this today he would be deservedly accused of writing a very narrow and unimaginative novel. But The Big Sleep was written almost seventy years ago. While some of the tropes have become familiar to us--the uncertainty of who is on whose side, the frank depiction of violence and organized (and disorganized) crime, candid sex--this novel is pretty much where they began.

What The Big Sleep does have is Philip Marlowe, who is as definitive for his kind of character as The Big Sleep is for its genre. In it, Marlowe, a private investigator, is hired to investigate a fairly unspectacular blackmailing scheme for a retired general that ends up uncovering the connections between the general's daughters and a number of seedy underworld characters including casino-owner and extortion magnate Eddie Mars. Marlowe's approach is more about attitude than fantastic sleuthing and Chandler goes to great lengths to do away with the idea of a private investigator outsmarting the police at every turn. His cynical, acerbic, wisecracking personality has often been copied (cf. every detective show ever) but never reproduced.

All in all, unless you're superaware of The Big Sleep's literary/historical value, it comes across as enlightening as a beach read, for the most part. Bonus trivia: The Coen Brothers' Big Lebowski is loosely based on this novel--but only very, very, very, very loosely.
Posted by Christopher at 8:36 PM

Oh shit, we got "pwned." That blows. I hate it when I get pwned.

My ass is not impressed.