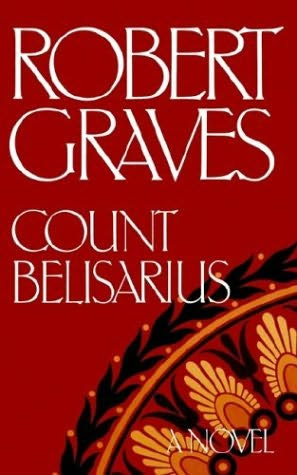 Belisarius was far too respectful a subject to argue with his Emperor that he had never done him any evil; and swallowed the reproach. It was his view that so long as a man acted uprightly and according to his own conscience such insults could not harm him. There is a Christian saying, that to forgive your enemy and to return good for evil is like heaping coals of fire upon his head. Justinian's hair was constantly being singed by the warmth of Belisarius's unexampled services... Time after time, Belisarius accomplished the seemingly impossible, and Justinian felt more and more humiliated to stand so heavily in his debt. I shall have more to write upon this head before I have done.

A little historical background: It is common enough knowledge that in the 4th Century AD Rome was besieged by foreign invaders, eventually deposing the last Roman Emperor in 476 and launching the world into what we now know of as the Dark Ages. This is only a half-truth, though. At the time, the Roman Empire was split into two parts, the Western Empire, with its capital at Rome, and the Eastern Empire, with its capital at Constantinople. While the Western Empire was supplanted by barbarian control, the Eastern Empire continued for another 1000 years, twice as long as the "Roman Empire," its citizens all the while calling themselves Romans.

For much of this century-long period, the Eastern Roman Empire, which we usually call the Byzantine Empire, was confined to Asia Minor, modern-day Turkey. But for a brief period under the reign of Justinian, the Empire stretched its holdings to Greece, Italy, Spain, and North Africa: almost the sie of the original Roman Empire. A lot of the responsibility for conquering those areas fell on Belisarius, a legendary general in Justinian's service.

In Count Belisarius, as he did for the Emperor Claudius in I, Claudius and Claudius the God, Robert Graves turns a historical figure into a pretty compelling fictitious character. Belisarius' feats as a general are pretty incredible: beating the Persians, the Vandals in Africa, and the Goths in Italy without ever losing a major battle.

One of his more interesting accomplishments is the put-down of the Nika riots in Constantinople. Apparently, in this time, there were two major chariot racing factions in the Empire, the Blues and the Greens. These people took chariot racing so seriously that not only were these factions about sports, but they even controlled local politics, acting as odd surrogates for political parties, but also having some of the traits of street gangs. A riot between these two factions (named after the Greek word "nika!" or "win!") broke out in the stadium which almost cost Justinian the Emperorship until Belisarius bribed the Blues to leave and then massacred the Greens.

The strange thing about Belisarius' story is that time and time again, Justinian, partly because he was jealous of Belisarius' success and partly because he was worried that Belisarius would try to have himself crowned Emperor in Constantinople or King in Italy, treated Belisarius like shit. Belisarius was under constant scrutiny, maligned by his subordinate officers and repeatedly charged with sedition. Ultimately (this isn't really a spoiler since it's FROM HISTORY) one of these charges stuck and Justinian happily had Belisarius' fortune stolen from him and his eyes put out, reducing him to a blind beggar. All the while, Belisarius had never once quarreled with the Emperor or disobeyed him.

At first I though that compared to Graves' depiction of Claudius, Belisarius came off a little flat, and maybe he does. But I think that there is something really interesting going on--apparently the division between the Blues and Greens was so deep that they each took sides on the prevailing religious question at the time, which was an argument about the nature of Christ, whether he had dual natures (the Orthodox Blue position) or just one (the "Monophysite" Green position). Graves does a good job of making these arguments seem very academic and petty. What it took the entire book for me to realize was that Graves was setting up Belisarius as a living, breathing model of Christ--being the single selfless man in the world, enduring unending abuse from everyone around him, while the rest of the Empire argues violently about an essentially meaningless dogmatic question.

I think for many people this review was probably really boring. If that's true, I wouldn't recommend this book to you. However, I did like it quite a bit, so if you're a fan of historical fiction I think you should check it out. Though I would read I, Claudius first.
Posted by Christopher at 10:25 PM